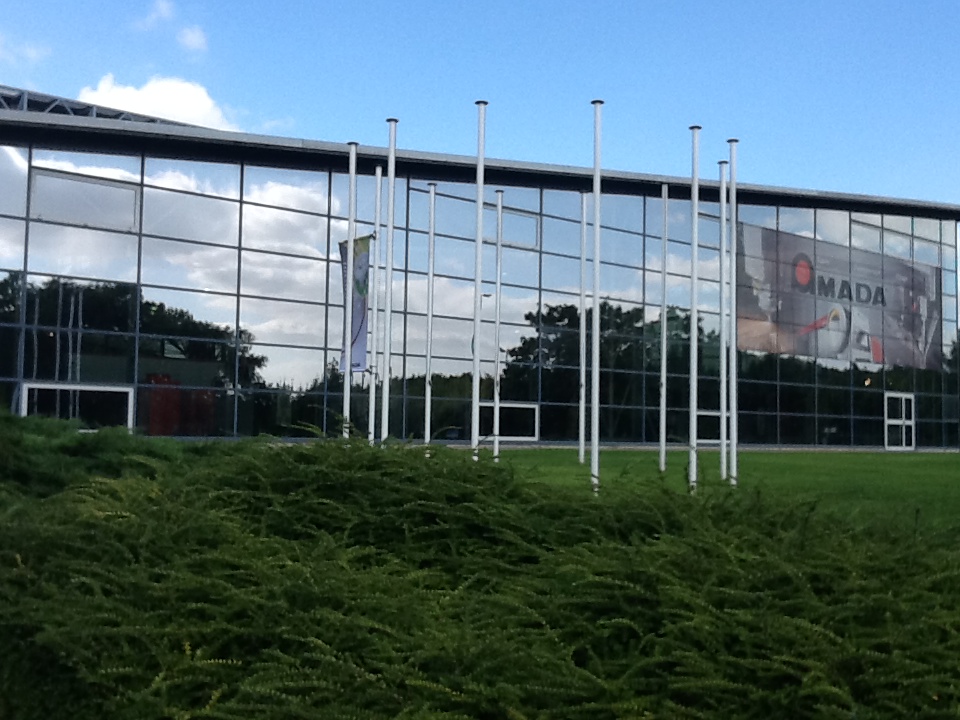 Japanese group Amada, a global  leader in machine tooling,  is  investing €40 million at three French manufacturing sites. On Friday September 20, 2013 the group’s President & CEO Mr. Mitsuo Okamoto, Senior Managing Director Mr. Toshio Takagi,and Managing Director for France and Europe Mr. Gilles Bajolet also confirmed that the group’s European headquarters will be located in the Paris region. eadqua be responsible for shaping Amada’s strategy throughout the continent and expanding a local presence for clients. France’s Minister for Foreign Trade Ms. Nicole Bricq and Minister for Industrial Renewal Mr. Arnaud Montebourgmade a special journey to the company’s head offices,where senior executives told them how the group has renewed its commitment to France “ in recognition of the industrial superiority of France and Europe and unwavering confidence in the sector’s future.” At Amada SA’s headquarters in Tremblay just outside Paris, the Amada Group’s President & CEO Mr. Okamoto and HQ Managing Director Mr. Bajolet gathered with France’s ministers for  Industrial Renewal and Foreign Trade to announce €40 million in investment at  three French manufacturing  sites in Château-du-Loir, Charleville-Mézières and Auffay that will create 50-60 direct jobs. “ In a sector that is all too often categorized as outdated, these substantial investments are a tangible sign of how truly competitive and attractive French industry has become for foreign investors. Our partners have based their trust on our uncompromising dedication, highly skilled professionals and the quality and precision of our products. France’s value- added industrial base is now translating into investments. Going forward, these investments will consolidate employment and competitiveness in France”, says Mr. Bajolet. The Amada Group’s President and CEO shares this confident outlook:“Industry in France is not a thing of the past. Its story marches on as we breathe new life into our production models. The group’s CSR commitment reflects this revival, as a ll of our sites and plants use renewable energies and/or are classified as zero-emission facilities. France is at the cutting edge of this technology, which is why we are staking a claim in the future of French industry”, notes Mr. Okamoto. The group’s directors also officially marked  the launch in the Paris region (near Paris-Charles de Gaulle airport) of Amada’s European headquarters, which will be responsible for defining the group’s strategy throughout the continent.  Mr. Bajolet strongly supports the decision and stands by Amada’s ambitions in Europe. “Amada Group has had a presence in Europe going back more than 40 years. By locating its European eadquarters in Paris, Amada is reasserting its commitment to the region and France’s role in its European strategy. I am especially proud to be with Mr. Okamoto to officially mark this occasion at the first Amada Innovation Fair Europe event to be held in France. It sends a strong message to all our partners and employees.”